ITALIAN IS THE 4TH MOST STUDIED LANGUAGE IN THE WORLD. 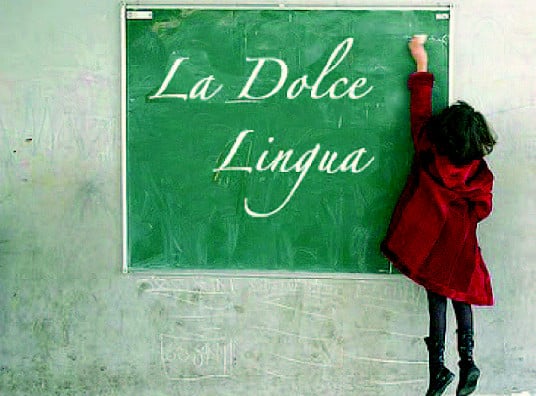 Italian, one of the most studied languages in the world

According to a recent survey conducted by the Ministry of Foreign Affairs, Italian is the fourth most studied language in the world after English, Spanish, and French.
Rationally, the news may surprise people if we consider the most relevant diffusion of other languages spoken in the world such as Chinese, Russian or Arabic, and their greater importance in the political-economic landscape worldwide. Let’s then analyze the reasons for such success.

The importance of the Italian language in the world
In reality, the Italian language has always been very important worldwide. Italian has been in fact incorporated for centuries in the European context as a language of music, artistic-literary creativity, but also scientific communication and commercial exchanges: a language of choice practiced in the theaters, courts, and academies of Europe, as well as in Mediterranean ports. The fourth place in the language market is not news of the recent years, but a long-term historical fact.

The long and intense Italian history
Unlike other countries that are rich in history only in a certain ancient or recent historical period, Italy has always had a very rich and eventful history that has produced an enormous cultural intensity, from the earliest civilizations to the Roman Empire, from the Middle Ages to the Renaissance, from the 1700s to the modern era. Thanks to this, it has influenced all the world culture in a decisive way like no other country in the world. This legacy continues to be a factor of strong attraction for foreigners.

The wealth and vastness of Italian culture
According to UNESCO data, the country with the highest number of historical, architectural and landscape sites is Italy with 53 sites. Other than this, no other country in the world has made such a substantial contribution to world culture.
– Italian art and architecture represent half of the world’s cultural heritage.
– Italian literature is one of the most important for the continuity of writers in every historical period.
– Most of the operas are composed in Italian.
– Italian cuisine is the richest in the world, from pasta to pizza, from ice cream to cappuccino.
– Typical Italian food products, from parmesan to ham, from wine to olive oil.
– Italian cinema is one of the most important in the world, from Rossellini to Fellini, from Leone to Salvatores.
– The sciences, from Galileo to Leonardo, from Meucci to Marconi, most of the inventors who contributed to the progress of mankind are Italians.
– Made in Italy, the beauty of design speaks Italian, from fashion (Armani, Prada, Gucci, Valentino, Versace, etc.) to the prestigious brands of the Italian automotive industry (Ferrari, Maserati, Lamborghini, etc.).
– Italian music for the sweet sound of language and melodies is one of the most loved in the world.

The first reason is, therefore, the attraction towards a country that has expressed and continues to express culture, let us now analyze other reasons.

Geopolitics of the Italian language
We must not forget that Italian is the lingua franca of one of the world’s main geopolitical subjects: the Vatican and the Catholic Church present throughout the world. Although the official language is Latin, Italian is the one used among the prelates of various nations.
Italian is one of the official languages ​​of Switzerland, it is the second most spoken language in Albania, Argentina, Australia, Libya, Somalia, and Eritrea, it is the third most spoken language in Canada, Venezuela and Tunisia, it is widespread in Slovenia, Croatia, in southeastern France, Corsica and Malta. It is quite well known in Austria, Romania, Serbia, Greece, and Bulgaria.

The Italian language and emigration
Italy is one of the countries that has had a significant emigration in the last century, about 40 million Italians now live in the United States, Canada, Argentina, Australia, Germany, France, Belgium, England, etc. Many children and grandchildren have remained bilingual. Those who do not know Italian, are attracted by their origins and the language of their ancestors.

The Italian language and immigration
The phenomenon of immigration in recent years has produced almost 4 million immigrants who from Africa, Eastern Europe, South America, Southeast Asia, and various other countries have moved to Italy and have had to learn the language to enter the host country.

The words of the Italian language adopted by the English language
The most spoken language in the world, English, has a lexical heritage consisting of 10% of lexemes belonging to its linguistic stock, ie Saxon, while over two thirds, precisely 76% of the lexemes are exogenous, taken and adapted from Latin, from Italian and from other Romance languages. Statistics show that Italian and Spanish are the two languages ​​that provide English with the highest number of neologisms.

Although Italy is currently an often bizarre country, full of contradictions, political and organizational difficulties, the fascination that has always inspired this country with its imagination and its originality, makes the study of Italian language attractive and unaltered over time.

Do you want to take a study trip to Florence to get to know it live?

Do you want to take an Italian culture course?