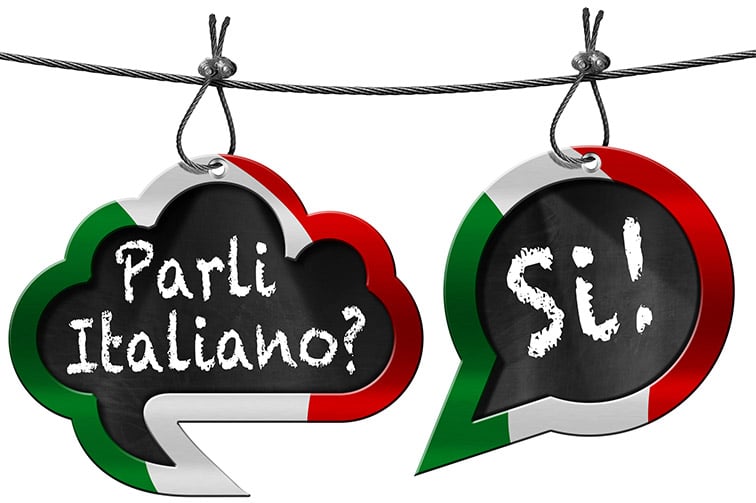 How to pronounce the Italian language correctly


The Italian language and the five vowels

Making a comparison with English, the most spoken language in the world and the easiest one due to its simple grammatical construction, the 5 vowels have about twenty phonemes, while Italian has only seven. Furthermore, unlike English, if the accent of the two additional Italian phonemes (E and O closed or open) are pronounced wrong, the meaning of the word can be understood anyway.
For this reason, speaking Italian is easy. Easier than many other languages.


Italian words known all over the world

Alphabet, vowels and consonants of the Italian language

The alphabet of the Italian language is composed of 21 letters (5 vowels and 16 consonants).
Compared to the most spoken language in the world, English, there are no letters J, K, W, X, Y.
The only Italian words where these consonants can be founded are of foreign origin, mostly from English (examples: Jazz, kit, web, pixel, yacht), and to a minimum part deriving from the Latin (for example extra). Some very few exceptions concern the common names of persons (for example Jacopo), surnames (for example Bixio), and some cities (for example Jesolo).
The 21 letters correspond to 21 graphemes (writing) and 28 phonemes (pronunciation).

The five vowels of the Italian language

Same words with two or more meanings in the Italian language

As in other languages, even in the Italian language there are some equal words that have two or more meanings, these words are divided into homonyms, homographs, and homophones.

If the letters C and G are followed by the letter H and then by the vowels E, I, the sound is hard.
Hard sound: SCHE-SCHE
Examples: SCHE schema, SCHI schifo

If they are followed by vowels E, I, the sound is soft.
Soft sound: SCI-SCE
Examples of soft sound: SCE scena, SCI scienza

The letter H (in Italian it is pronounced acca)

The letter H has no pronunciation, it is useful to diversify some words with the same pronunciation but with a different meaning. Examples: “a” preposition, “ha” verb to have. In other cases, the presence of the letter H changes both the meaning and the pronunciation. Example: “ci” personal pronoun, “who” relative pronoun.

The letter Q (in Italian it is pronounced qu)

The letter Q is always followed by the vowel U, and always has the same hard pronunciation as the letter C. Examples: casa, scuola, corpo, quota, quadro, quattro

The pronunciation of double consonants

The negative sentence differs from the affirmative only with the addition of the denial “non”.

Do you want to know how long it takes to learn and speak Italian?

Do you want to learn and speak Italian in Florence with our courses?